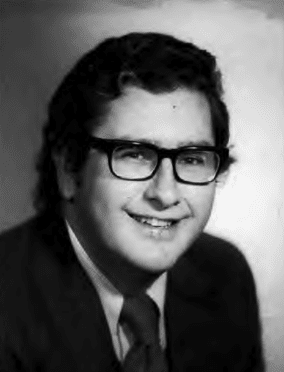 We Will Forever Be Grateful For the Incredibly Generous $2M Bequest From Our Deceased Treasurer & Board Member Jack Gillen ’53.

His Years Of Dedicated Service To The BPAA Will Never Be Forgotten.

Jack Gillen, departed this life on April 7, 2021, at the age of 85, and left in his wake a legacy of kindness and generosity that will always be remembered.

Jack was born in New York on August 10, 1935, the son of John and Martha Gillen, and rose from humble beginnings to becoming a highly-respected banker, investment adviser, money manager, hospital trustee & Treasurer of the Brooklyn Prep Alumni Association.

Jack embraced the importance of a Jesuit education and the difference it made in his life. He attributed his success to the Jesuit education and values he received as a young man attending Brooklyn Preparatory School. The Prep provided him not only with a firm academic foundation but inspired in Jack a love of learning and a desire to make something of himself and to help others. His love for the Prep remained with him over the years, and the friendships he made lasted throughout his life. Jack was the Treasurer and a Board Member of the Brooklyn Prep Alumni Association for over two decades. He always had a great sense of gratitude for the Jesuit education he received at Brooklyn Prep. Jack went on to attend Georgetown University and after graduation, he attended Harvard Business School and received his MBA in Finance.

Following graduation from Harvard Business School, Jack began his business career in banking. Jack was an extraordinarily gifted banker who was comfortable in the commercial, savings, and investment arenas. He was known far and wide for his expertise in commercial real estate and helped to facilitate real estate transactions throughout the United States. Jack's reputation as an expert in real estate transactions resulted in an offer from F. Eberstadt and Company, Inc. in New York City to act as a senior consultant on real estate finance and tax-sheltered investments for member firms of the New York Stock Exchange. In 1972, William J. Dwyer and Company, Inc. recruited Jack as a Vice President and Director of its real estate company. Jack supervised sales and acquisitions of real property, commercial real estate, and mortgage brokerage activities.

In 1988, Jack organized and opened the New York Federal Savings Bank where he served as President and Director. After five years of grueling non-stop work, Jack was ready for a change and looked for an opportunity that would facilitate a better life-work balance. He wanted to have more time to spend with his beloved wife Bobbi.

The 1969 Woodstock was arguably the most iconic music festival ever held, bringing together a wide variety of performing artists ranging from rock, folk, and R&B. The festival had been conceived as both a major entertainment event and a profitable business venture. Unfortunately, construction mishaps along the way left the organizers, on that Friday morning in August, with a site that was only partially completed. According to the New York State Police, what happened next was that two million would-be festival goers clogged the highways trying to get to Woodstock. Half a million of them made it onto the concert site and parked themselves in front of the stage. Huge extra amounts of food and water had to be purchased for immediate delivery. Medical facilities had to be increased, more security was needed. Sensing a disaster in the making, many of the musicians refused to go on stage without being paid in full, in advance. One of Jack's banking clients was an organizer of the music festival. His client was caught between two unacceptable choices: write dozens of checks, or turn a peaceful crowd into a mob when they heard that there wasn't going to be any music for the rest of the weekend. Not knowing what to do, he called Jack. Jack was a good judge of character. He knew what kind of people this young man and his family were. He didn't hesitate. He said, "In a crisis like this, where the lives of your guests are in danger, there is no option. You write the checks. We can deal with your account after the danger has passed." So the checks were written, the artists performed, the food was distributed, the doctors were airlifted in, and, thanks to Jack, Woodstock went into the history books as a high-water mark of great music and great community spirit. At the bank, on Monday morning some of Jack's colleagues scorned his action, but others hailed it for its principles and its courage. Later that day, as Jack had predicted, the organizer and his family replenished the overdrawn account. This historic entertainment event would later be featured in the Academy Award-winning documentary, Woodstock, which was released in 1970 to great acclaim, and which, in 1996, was inducted into the Library of Congress National Film Registry. In 1994, when the Woodstock '94 festival was held to commemorate the 25th anniversary of the original festival, Jack was invited to attend - as an honored guest.

Jack believed that community service was an essential part of being a good citizen. Following his tenure as a Director of the New York Eye and Ear Infirmary, Jack began helping others learn about financial literacy and hosted financial literacy classes at Greenwich House, at Washington Square.

All of Jack's family and friends miss him greatly but are comforted by his example of a life well-lived. It has been said that at death we lose all that we have in this world, but we take with us all of the generous deeds we have done. Jack spent his entire life helping others and devoting himself to his community. It can truly be said, “He was indeed a good man”.